Is it time for a Mission Beach Resident’s Council?

I was president of the Mission Beach Town Council in 2017 and 2018. During this time, our town council promoted a community based solution for STR regulations, but to no avail, as other communities and City Council members ignored our approach. In the end, our mayor proposed what would have been a disastrous plan for San Diego and Mission Beach, including the “carve out.” In the end, the town council voted to support the primary only proposal promoted by Councilmembers Bry and Zapf.

Up to this point, the vacation rental people were virtually invisible at MBTC meetings. But, once threatened by primary only, Blaine Smith of 710 Beach Rentals mounted a campaign to change the narrative and control of the town council. He created Save Mission Beach, a website dedicated to promote short term rentals. He used this website to build up supporters with STRs in Mission Beach, many non-residents. And when it came time for the November MBTC elections, he was able to bring in 50-70 new members all voting in favor of STR candidates. Matt Gardner, a strong advocate for an unlimited number of STRs in MB, was to become president of the MBTC. The article below was written just after the elections.

Are rental owners stacking the membership?

Matt Gardner, whose shop Cheap Rentals on Mission Boulevard ¾ of a mile north of the roller coaster rents bikes, surfboards, and other beach equipment, will be the new president of the Mission Beach Town Council starting on January 1. On November 14, he was elected to replace Gary Wonacott, who terms out on December 31. So anxious was Gardner to assume his duties as president of the Mission Beach Town Council, that on the organization website list of executive board members, he named himself president the day after he was elected. Off to the right, Wonacutt’s picture was included on the website, but bearing the moniker “past president.” 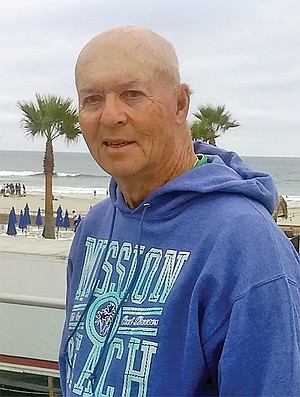 Gary Wonacutt: neighborhoods are for neighbors.

Even before his election, Gardner, whose email subscript is “You can’t buy happiness, so come to Mission Beach and rent it,” demanded that Wonacott stop advancing his personal views on behalf of the town council. In editorials he penned for Voice of San Diego and the San Diego Union-Tribuneduring last spring and summer respectively, Wonacott criticized the plan adopted by Mayor Faulconer to “carve out” Mission Beach from restrictions on short term vacancy rentals in the rest of San Diego. And using his platform as the Town Council president, Wonacott helped shape the argument that “neighborhoods are for neighbors, not vacation rentals.”

For the first time in many years, the town council has become contentious as Gardner and his STR supporters on the town council tried to silence me, and i fought back sending a substantial number of AiBnB educational materials to the Board. Led by Matt Gardner, Rob Brown, and Blaine Smith, the STR supporters on the Board initiated a process to remove me from the Board. But, there were two problems. First, Matt had failed to heed warnings from Scott Morrison back in December 2018 and did not turn in the non-profit tax forms to the State or IRS. As a result, the State suspended the Mission Beach Town Council, meaning business could not be conducted, no new contracts could be signed, and the organization lost its name (All of this could be reversed in the January time period).

Secondly, the accusations against me were of a very general nature. I contacted an attorney and he sent Matt a letter describing what the town council had to produce to support my removal. After making a few unadvised threats against the attorney, Matt reversed his decision to remove me.

In the meantime, I stood up a Bylaws committee as my last act in December of 2018 to close many loopholes, specifically addressing issues such as The Control Group business member ships. Matt and Blaine in particular worked very effectively during the 2018 year to delay votes by the membership on the draft Bylaws update. This allowed Blaine to use his website in November 2019 to advance his efforts to control the town council advertising his slate for Board members.

The Board, led by Committee Chair Klaus Mendenhall, has made every effort to push the draft Bylaws forward, only to be thwarted at virtually every turn. The latest is a proposal for substantial changes to the Bylaws made by 710 Beach Rentals employee, Dane McClearY. The proposed changes would make it even easier for non-residents of Mission Beach, even outside of San Diego, to vote on critical issues and elections.

Below is a blast from the Save Mission Beach website promoting the 710 Beach Rentals choices for the Board and officer positions for the November MBTC elections. Blaine Smith has used this website very effectively to communicate with those MB residents and non-residents who are members of the town council. Never before has the town council been manipulated as it has been in the past year plus.

Copyright © 2019 Save Mission Beach, All rights reserved. You are receiving this email because you have expressed interest in Mission Beach vacation rentals Our mailing address is: Save Mission BeachMission BlvdSan Diego, CA 92109 Add us to your address book Want to change how you receive these emails? You can update your preferences or unsubscribe from this list.

SO, ARE WE READY FOR A RESIDENT‘S TOWN COUNCIL? IT IS YOUR DECISION AS RESIDENTS OF MISSION BEACH.

There is quite a bit to report.

THE STR INDUSTRY HAS TAKEN OVER OUR TOWN COUNCIL, BUT THEY CANNOT TAKE OVER OUR MINDS!